My pictures of Silas are littered with an assortment of largely disreputable-looking beds and blankets.

We have the grey one, which goes way back to puppy days: 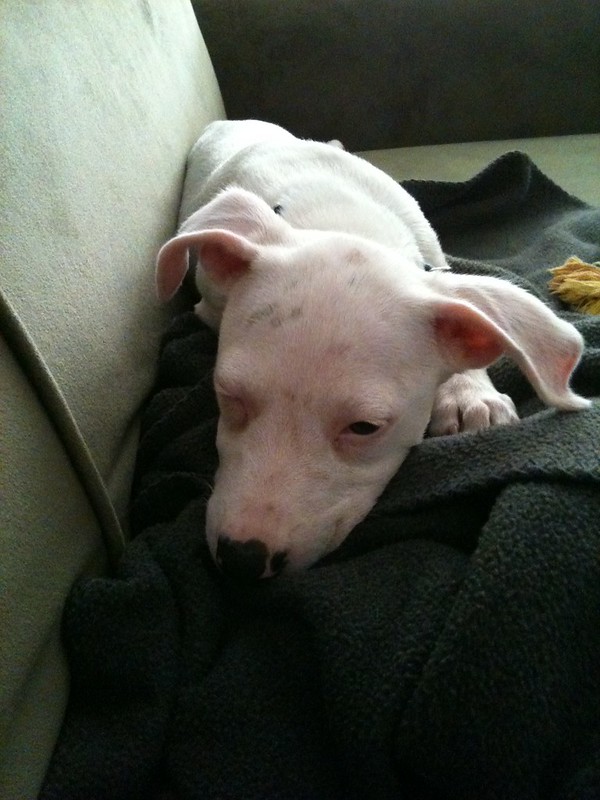 In fact, it goes way back to when I gave it to my husband, probably circa 2001. He resented the dog a little for taking it. 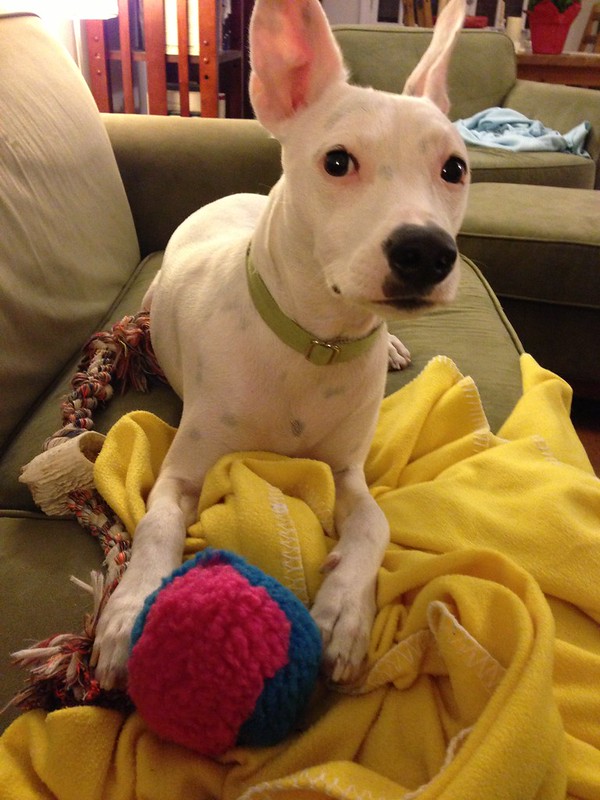 My mother gave him the red-striped one: 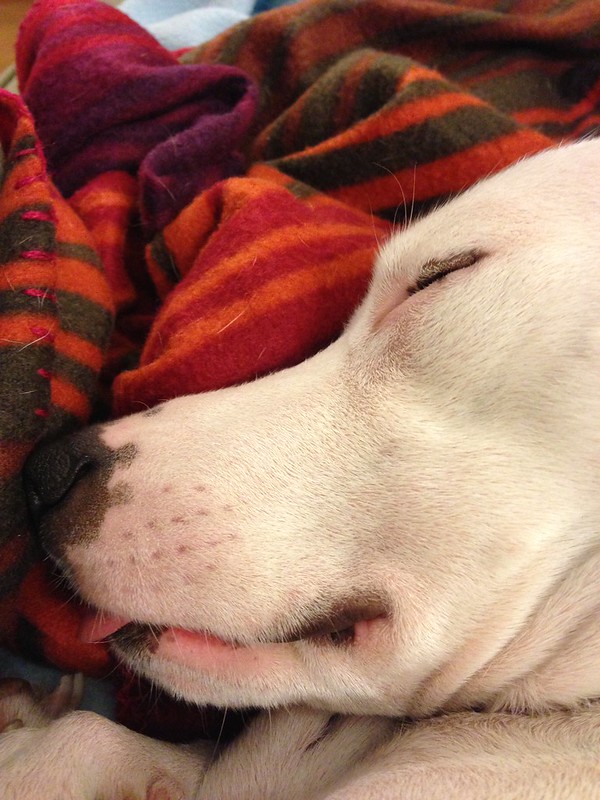 And, lest we forget, there is a lavender one, which is really just a piece of fleece fabric: 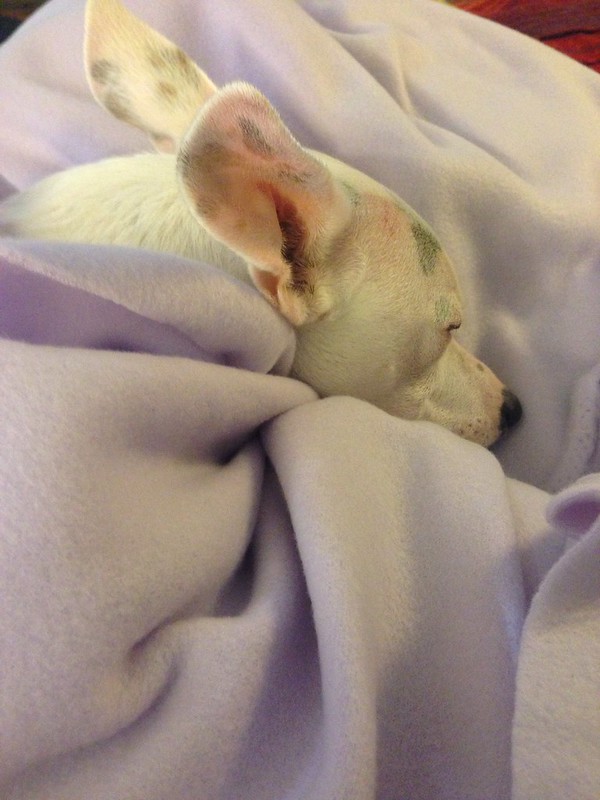 We also have a series of crate mats and dog beds. I keep buying them, hoping to replace this horrible thing: 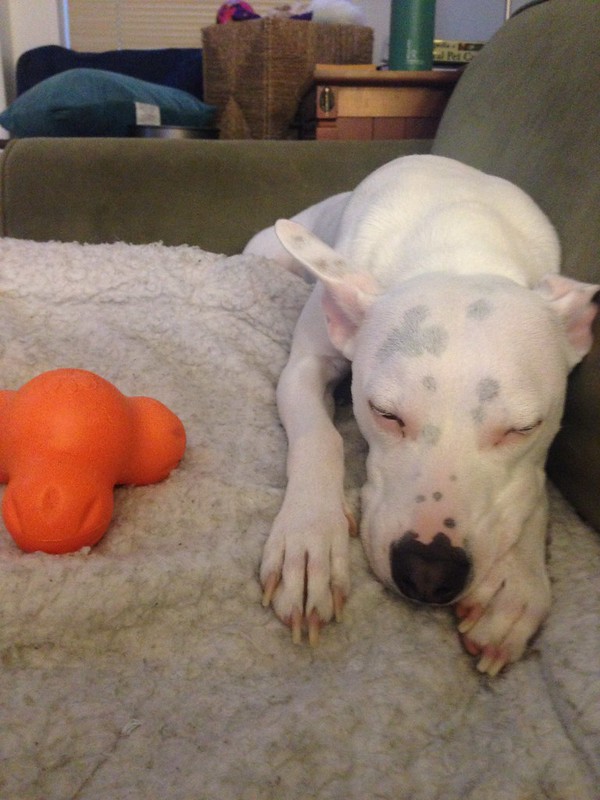 We tried a really nice one from West Paw, which has somehow ended up staying in Silas’s travel crate: 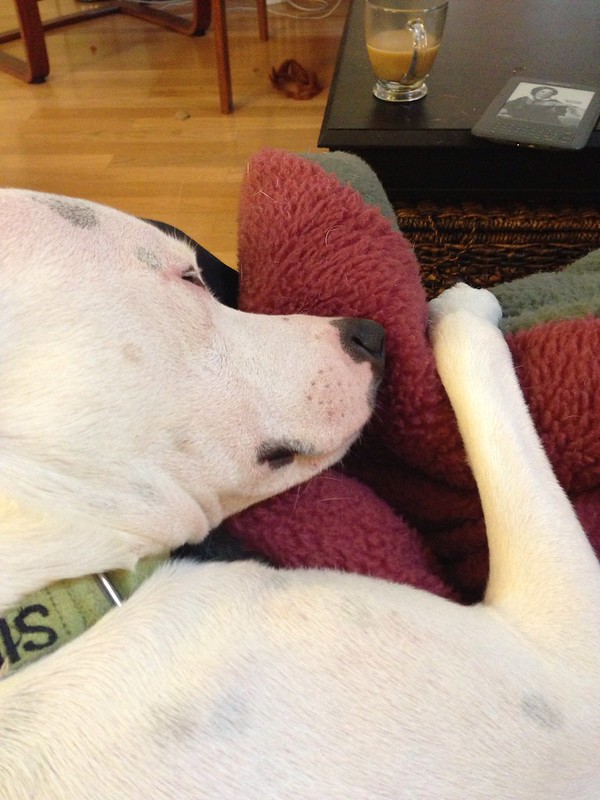 And we get a lot of mileage from these fluffy ones, which Silas loves so much that we bought three: 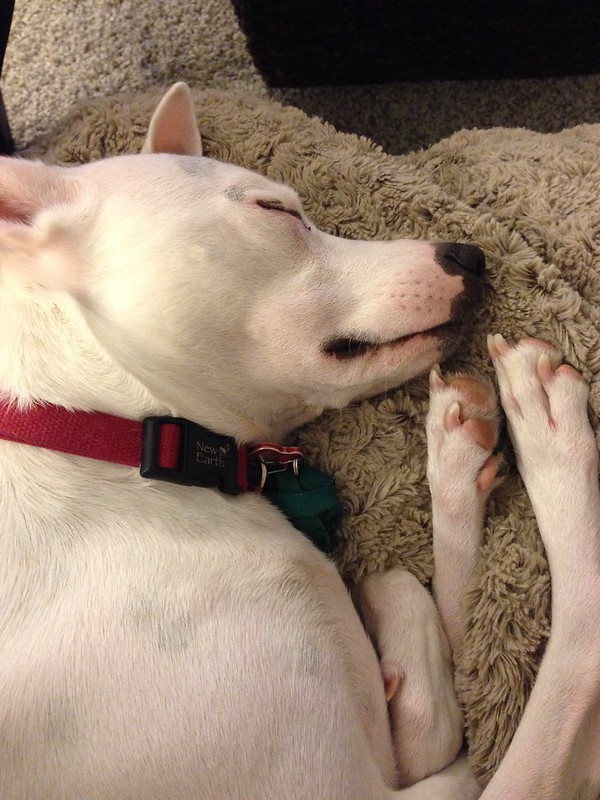 (They’re from the pet store in my mom’s town, and I couldn’t risk going without one if he chewed a hole in it.)

Silas prefers them in a stack: 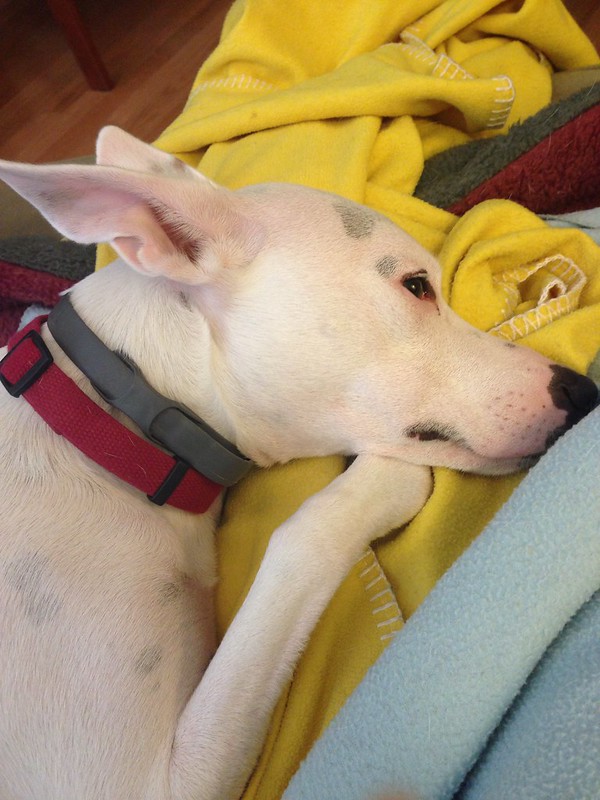 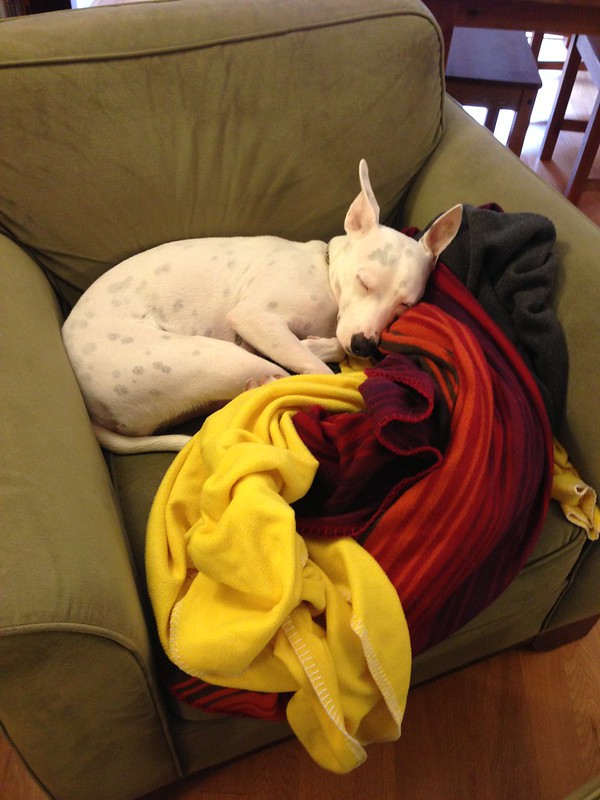 Or in your lap: 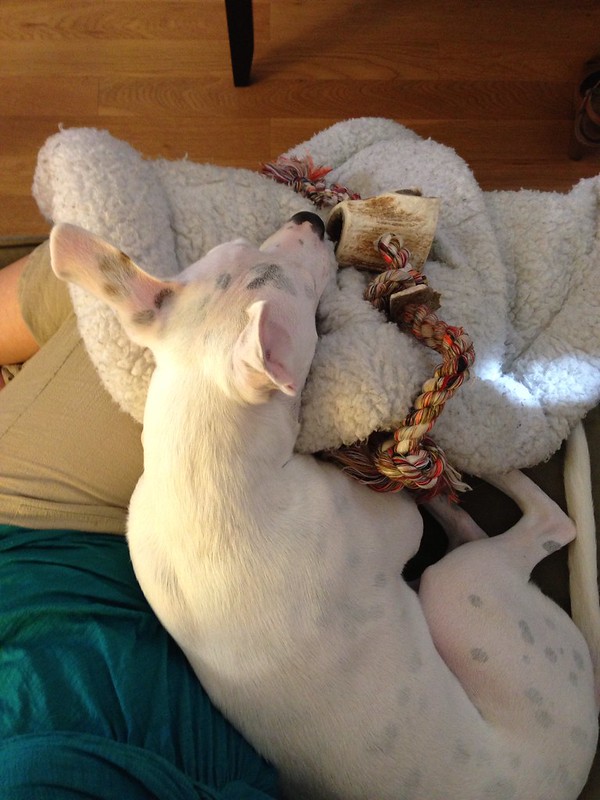 But most especially he prefers to be sucking on one as he goes to sleep: 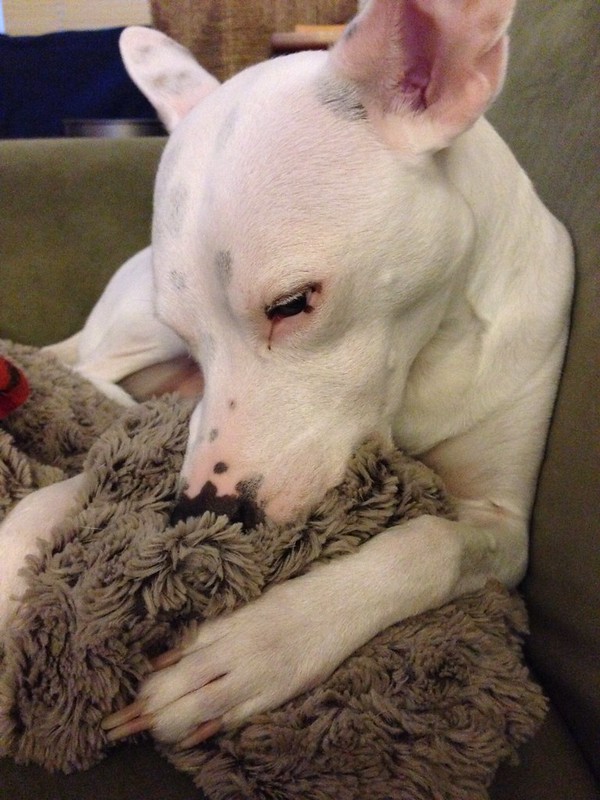 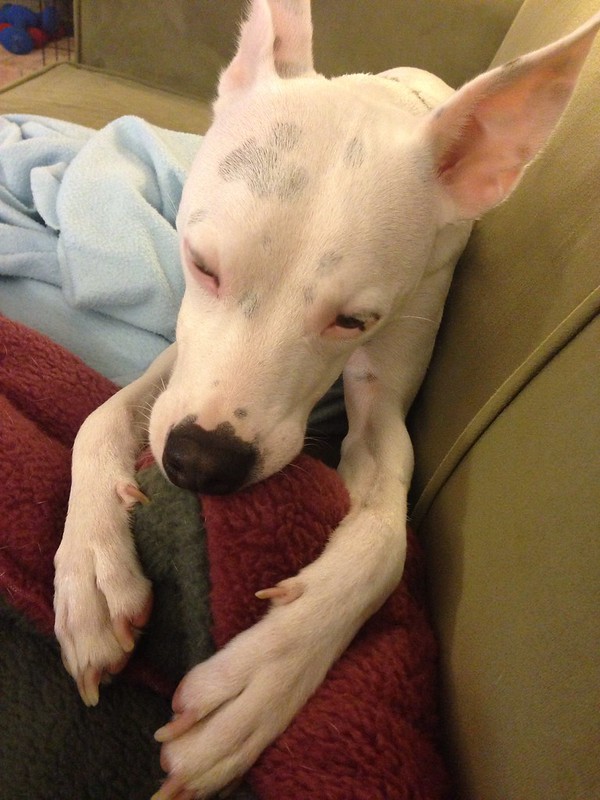 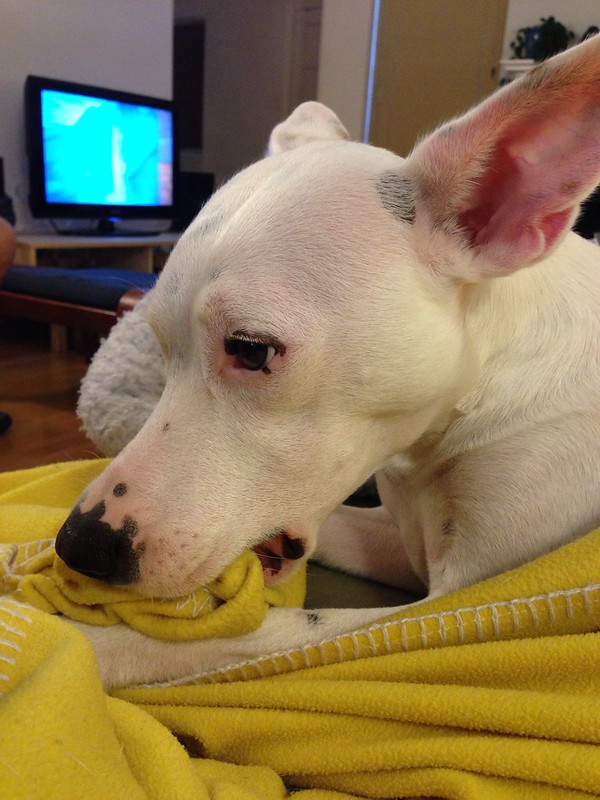 I just go with it. It makes him happy.

I have finally learned to NEVER buy another blanket, because we’re obviously living in the textile version of Hotel California. I can “replace” them however many times I want, but when he roots through the stack to get his old favorites, I just don’t have the heart to get rid of them.