I’m in the midst of my least favorite kind of problem: something that Silas is completely wigged out over, and I can control neither it nor him. 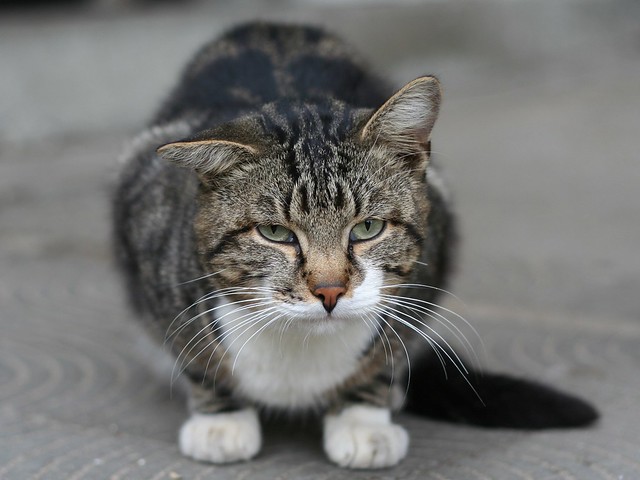 Silas hates cats. He was attacked by one once, but I honestly think he would have hated them anyway. My personal suspicion is that his lineage is largely composed of squirrel dogs. (Which are a real thing in the South, and many of them look like Silas.) He has more prey drive than I really know what to do with.

For his first two years, it wasn’t an issue. My neighbor had an enormous orange tabby who never dreamed of leaving his sunny spot on the patio. Unlike the old cat, her new cat happily scales the tree, runs across the garage roof, and does who knows what with her time.

Neighbor kitty is a problem, but not a big deal. Silas sees her run across the roof once a week or so. But, she has disrupted the delicate feral cat balance of the neighborhood, and we are now in the midst of some kind of kitty turf war.

One meow outside in the middle of the night, and Silas is done. Sunday night he stayed awake all night after the first sound, just in case the ENEMY returned.  Last night he panted and cried and barked for an hour. The irony of this is that Silas wins. The cat meows, Silas barks, and the cat goes away. But Silas can’t believe it.

Once Silas hears the cat, he is having a full-on panic attack. There’s no training in the world I can do that would get through to him. We don’t own our townhouse or have any control of our front yard. I haven’t seen anybody in our area feeding the cats. I never hear the cat during the daytime, or on any kind of predictable schedule.