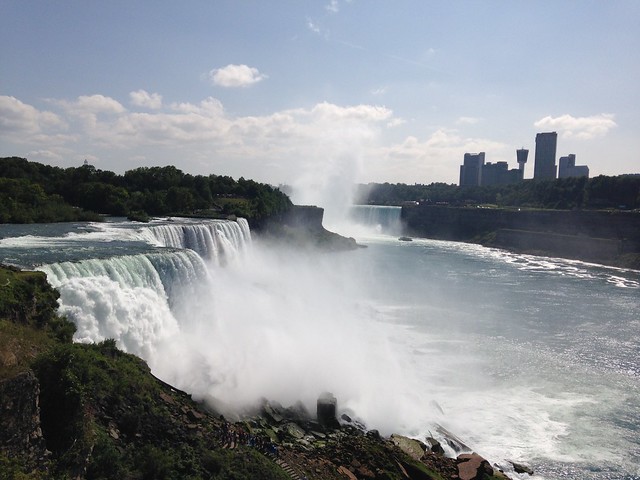 (No, Silas is not at Niagara Falls. I was there briefly on one of my recent trips, and I hated to post three times in a row with no photos.)

I find the record-keeping aspect of this blog to be the most personally useful for me, even if it isn’t the most fascinating reading. So, excuse me while I ruminate on our current status. 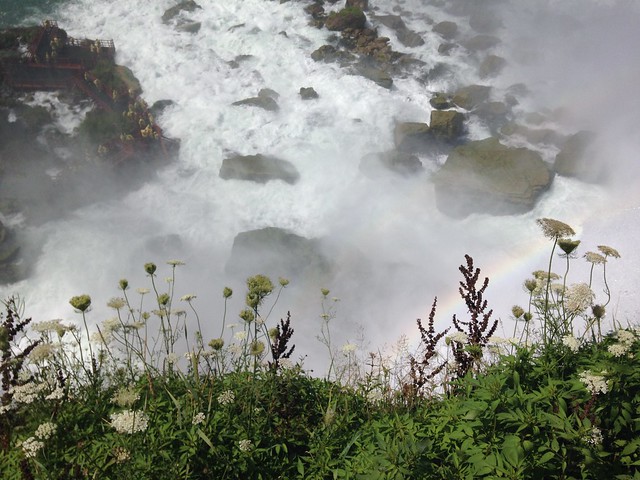 The Big Picture
Silas is doing extremely well. He’s handling environmental stress (things like noise) much better. He seems happier and more relaxed most of the time, and small mistakes don’t have the enormous fallout they used to. For instance, the tree trimmer came while I was out of town in early August, and Silas was only extra-paranoid for a few days.

With that said, here are some individual updates:

Instead of barking twelve or fifteen times a day, he might bark at one thing every two or three days. He still reacts strongly to the doorbell (my fault for losing my Relaxation Protocol mojo), which has extended to include barking at the UPS truck idling outside. He barks at some dog noises from outside. He will alert to people noises outside, but he rarely barks at them. I expected a big uptick in barking once school started back, but I haven’t seen it so far.

He’s walking on the sidewalk almost every day now. This walk is still only 1-2 minutes long, because he always walks the same route. I’m trying creative ways to get him to go a little further. Last night we met my husband on his way home from a bike ride, which got Silas to 1) go back out our front gate once he was already inside and 2) go about five feet further than he usually goes. He was also a little happier. We may try that again. I made an ill-considered attempt to take him to the busier side of the park on Labor Day weekend. It was still way too much. We left quickly, but he didn’t ever panic.

His car riding is really much better. On Saturday he quite happily got in with me, even when he thought my husband wasn’t coming. That’s a step up from when I took him to the park last, which was a little touch and go. Once the weather cools off a bit I’m going to resume regular park trips with him, which will be our real test. 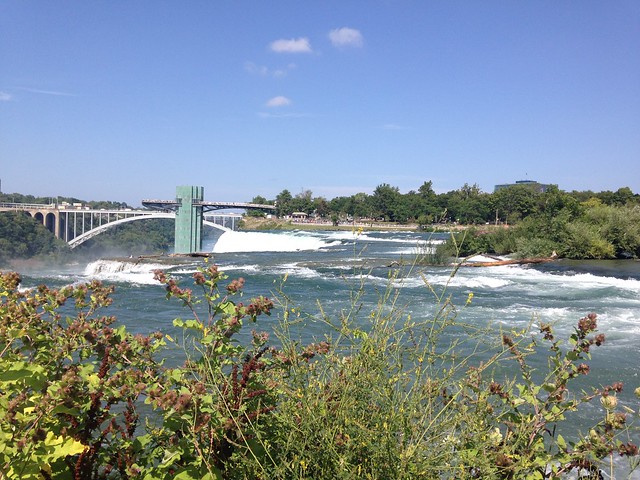 General training has totally gone to pot this summer. We made the rookie mistake of thinking of his training as “exercise.” You know what’s wrong with that? You exercise a dog until he’s tired and stops. The activity itself is gradually less fun, until the dog decides he’s done with it. Every day, you practice “this is boring and I’m done.” Our retrieve has gone from pretty good to “What? Bring the ball back? Nah.” Even Susan Garrett’s Recallers games, which Silas knows and generally loves, have been a huge bust lately. But we’re working on it.

A new cloud on my horizon is stranger reactivity. We’ve been very careful to walk Silas when there aren’t any people on the sidewalk, so that he doesn’t have any additional stress. (My neighborhood is very predictable.) Too careful. Silas has never liked people to be in unexpected places or to be doing things he doesn’t think of as “normal.” On the trail in the park, for instance, is okay, but if someone is standing off in the bushes they have to be barked at. So now he barks at every person we see on the sidewalk, unless they have a dog. People aren’t supposed to be on the sidewalk! This doesn’t seem to be generalizing to other environments–we even spoke to a lady at the park this weekend–but I need to watch out for it.

3 thoughts on “Where We Are Now”