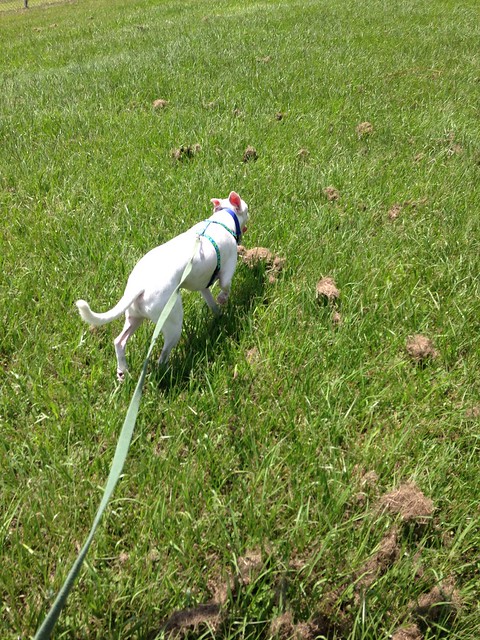 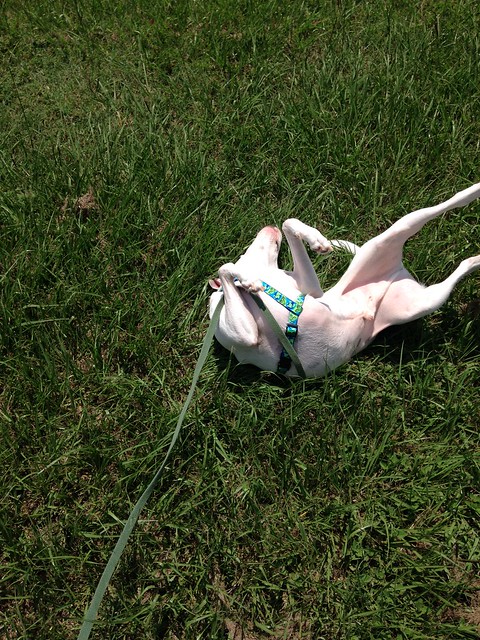 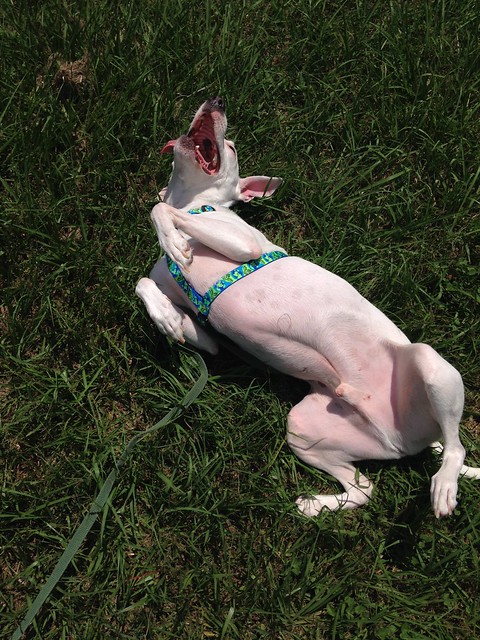 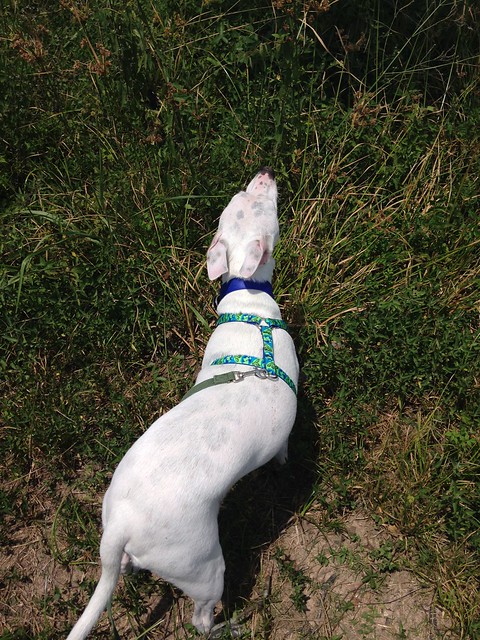 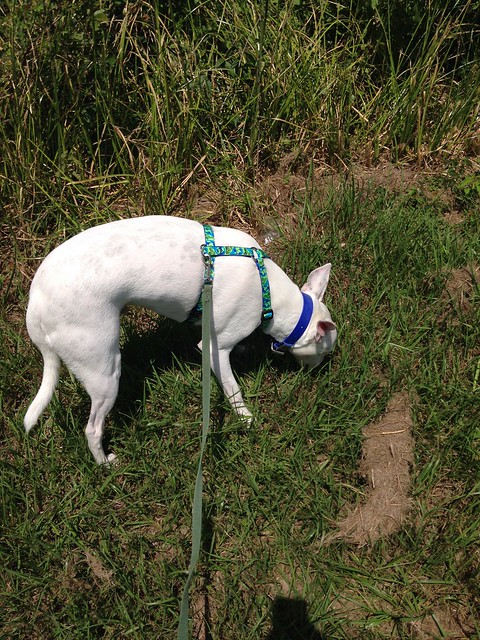 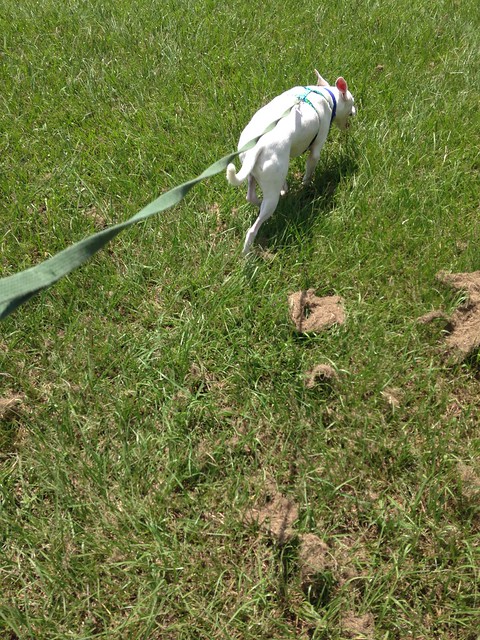 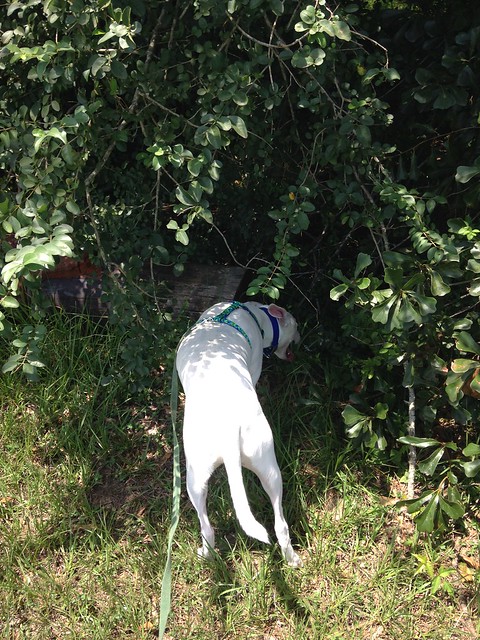 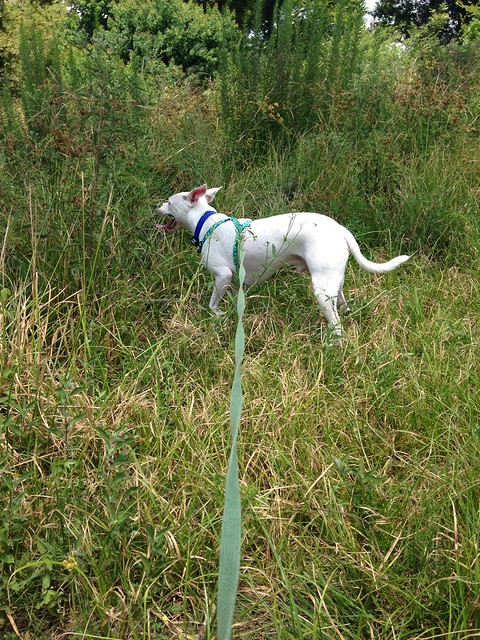 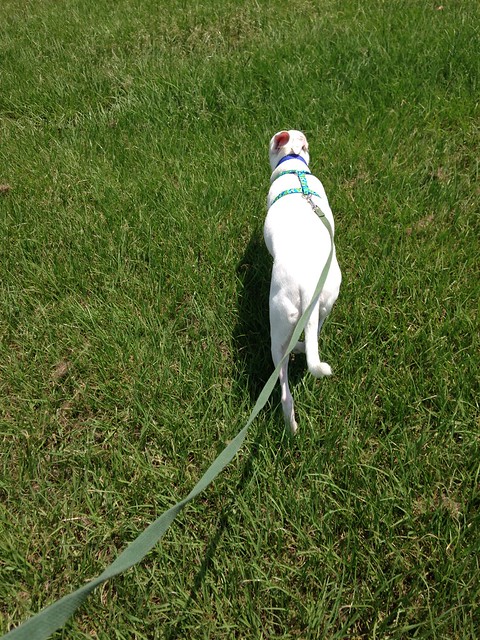 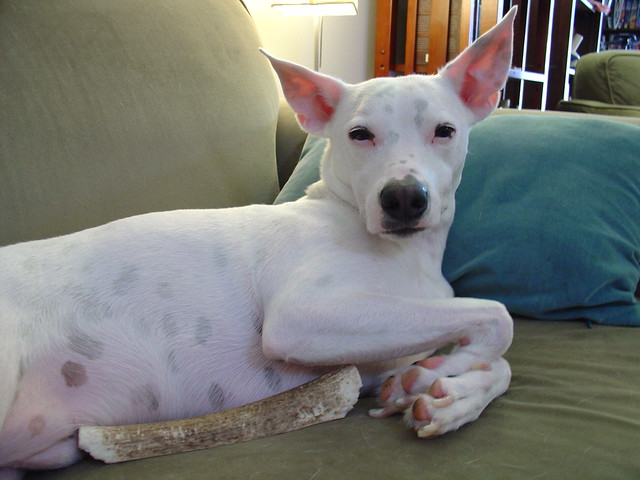 Our innocent little trip to the park yesterday went all to the dogs when I forgot the most important thing about spring: shade=mud. Or, in this case, substantial standing water. Seriously, I just wanted to walk on the shady side of the path. 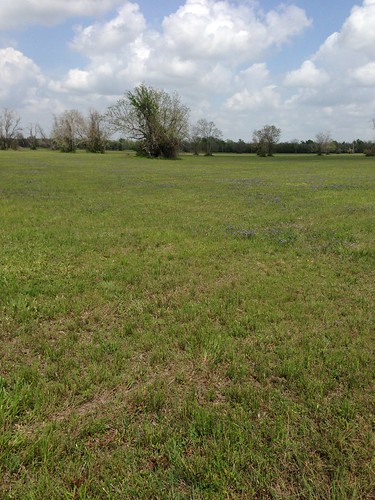 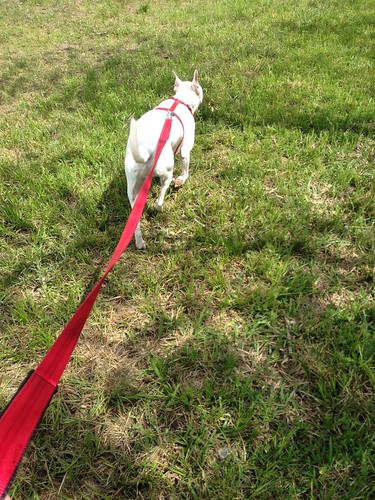 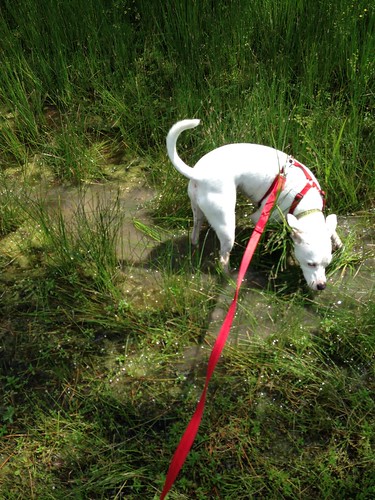 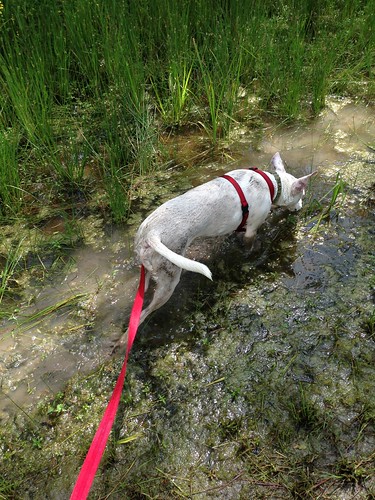 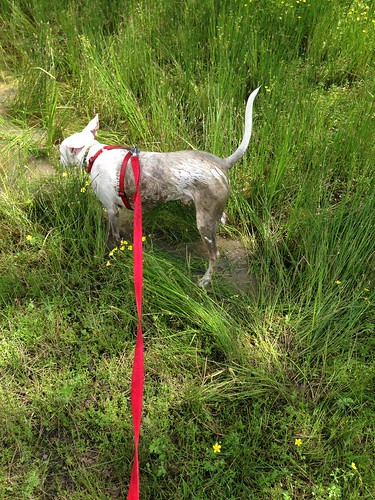 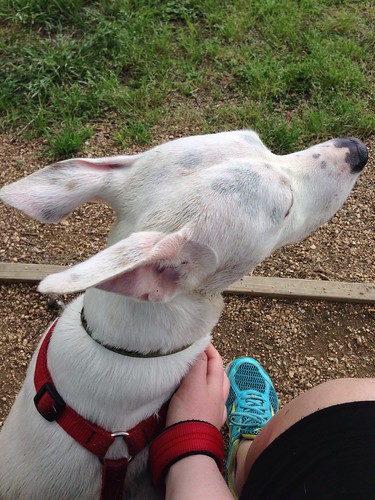 I also forgot that the air conditioner went out in my car over the winter, so we almost had a heat stroke on the way home. Yeah, Silas is afraid of riding with the windows down, and it was a sunny 85 degrees. 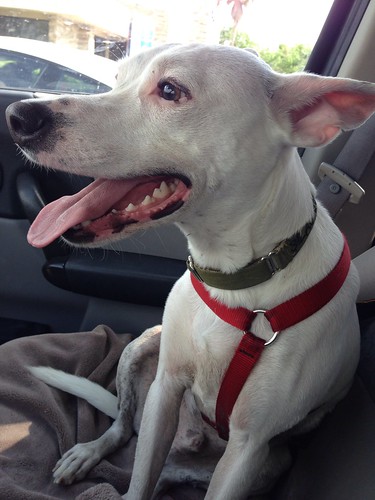 This is the Blog Paws Wordless Wednesday blog hop.

I don’t know if Silas was a harder-than-average puppy to raise. I somehow doubt it. Most of his issues didn’t come up right away, although an experienced dog person would have seen warning signs.

I remember being deeply thankful every time he fell asleep. The catch was that if I did anything to wake him up, it was 50/50 if he would go back to sleep. Waking up the puppy became a huge no-no. Puppy is asleep on your lap and you need to use the bathroom? Hold it. If the dog is asleep on your leg, you are absolved from chores. It’s still the excuse that trumps all other excuses. I had to stop sitting in “snuggle chair,” because Silas would get in my lap and sleep from the time I sat down to drink my morning coffee until lunch time. It was just easier to sit somewhere else.

It’s silly now, because at almost three years old, Silas is a much more determined sleeper. He’s curled up against my leg right now. I know that if I get up, he’ll just scoot over into my warm spot and go back to sleep. I won’t be unleashing the puppy tornado. Still, that first six or eight months left a lasting impression, and I’m sitting here instead of making breakfast.

I wonder if that’s why I have so many pictures of Silas sleeping?

Or maybe it’s just because they’re so adorable. I do know that when I left Silas with my mom over night, she sent me one text message. It was a picture of Silas sleeping.

(No full-length photo of the knitting, because the light was so bad and I had to mail it ASAP. Silly baby came three weeks early–perfectly healthy, just not on schedule.)

Silas was too tired to play Tuesday night, but he still tried.

Silas, in a rare camera-happy mood:

Silas sometimes gets really insistent about his pets.

(You know when I’m using a photo-filter that it means the picture is really too blurry to blog, but I just love this one so much.)